I could read for years from the books that are already on my shelf or saved on my kindle app. (Don’t own a kindle? You can still read on your phone, tablet, or computer by downloading the free app from Amazon!) I literally have hundreds of books in my kindle library, mostly fiction, with a few self-help or instructional types mixed in. There are also about 100 unread titles on my “to read” bookshelf. 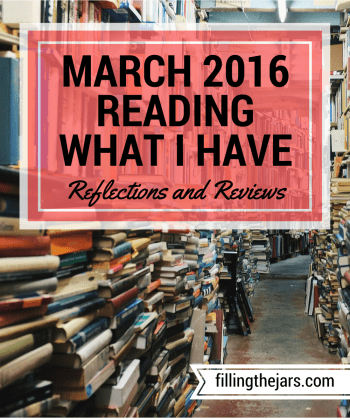 This post contains affiliate links. If you choose to purchase through an affiliate link, I may receive a small commission at no additional cost to you. You can see my disclaimer here.

Don’t own a Kindle? You can still read by downloading the free app!

Some months I read a lot, other months I’m so busy reading blog posts and online articles that I barely get into a real book. March was pretty good. I read seven fiction books from my bookshelf, most of them during a book binge at the beginning of the month.

Last month I read this post from Simply Save about her attempts to read the books she already owns before spending money on new books. Heather, you’ve inspired me to do the same thing and post about my reading efforts and reviews.

Here are the books I read during March and my thoughts:

This book drew me in with the classic John Grisham premise of an inexperienced lawyer setting out to fight the “big boys” – Big Coal in this case. There were a couple of fantastic plot twists, some predictable events, but then it just sort of ended without tying up many of the loose ends. Maybe setting up for a sequel? I don’t know, but I was left somewhat dissatisfied.

Now this was a great John Grisham book! Seriously flawed main character defending frankly nasty people, plenty of action, and a great storyline. I read the last page with a smile and full expectation that there will be more to come.

A Week in Winter – Maeve Binchy

Typical Maeve Binchy with a feel-good ending. The characters were deep and likeable, sometimes the timeline was a little hard to follow, and the scenery descriptions were not particularly inspiring.

This was obviously one of her earlier efforts, partially updated and repackaged. Cute, but I really just wanted the main characters – who were supposedly best friends – to stop being stupid and talk to each other. But then there wouldn’t have been much of a story, would there?

I liked the character interaction, but it was completely predictable. Three young women who have never met become best friends. Big secrets rock their worlds, but all is right in the end. And I really wonder if British people are as fascinated with the teatime experience as Americans are led to believe?

The Girl on the Train – Paula Hawkins

I really liked this book! It wasn’t at all like I had expected. Had I known, I would have read it months ago instead of letting it sit on my shelf. I thought it would be snapshots of lives as seen by a girl on a train, but it was much, much better. The author knew just how to hold back the right details to make this a powerful story. Excellent!

Out of Warranty – Haywood Smith

I was a little surprised by how much I enjoyed this book. It was completely different from anything I’ve read in a very long time. If you’ve ever had an issue with health insurance companies or been diagnosed with a medical condition that’s not exactly mainstream, you will appreciate the frustration of the main character. It was a quick read and made me laugh, which are two of my favorite qualities in a book. 😉

As much as I love to read and appreciate having access to so many books, I think I am going to have to remove some of the “to be read” titles from my bookshelf and kindle library. It makes me a little sad, as I’m the type of person who really wants to read #allthebooks. I’ll let you know next month how well that goes along with my reviews for what I read during April.

If you get most of your books free, do you feel guilty if you don’t read them?

What are you reading right now? Have you read any of these books? What did you think of them? 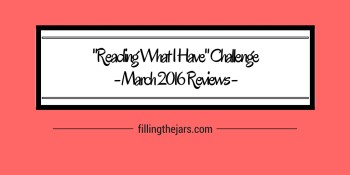